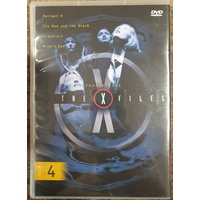 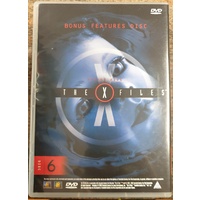 Season Five of the Fox television show The X-Files (1997-98) was notable for several reasons, the most significant being that the show was at the height of its creativity. The episodes during the fifth season were consistently well written and directed, and they included a good mix of quirky, stand-alone shows as well as episodes that advanced the already-established alien-conspiracy-theory storyline. This season also marked the last year of filming in and around Vancouver, British Columbia, as the principals insisted production be moved to Los Angeles. In addition, during the previous summer, the show's first theatrical film, The X-Files: Fight the Future had just wrapped. As a critical step to setting up the plot for the feature film's release the following summer, this would be the first season to have a specific outlined plan advancing the story arc (rather than the more spontaneous evolution of episodes created during earlier seasons). During Season Five, Mulder (David Duchovny) begins to doubt his belief in an unknown truth, questioning the relevance of The X-Files, while Scully (Gillian Anderson) begins to believe in the alien conspiracy. Shows from this year include "The Unusual Suspects," noteworthy for starring The Lone Gunmen; "Kill Switch," taken from a story by novelist William Gibson about the uploading of memory and consciousness onto the Internet to become joined with a collective consciousness outside of one's physical body; a two-part mythology story exploring Scully's abduction and pregnancy; the offbeat, black-and-white "Post-Modern Prometheus" about a "lovelorn monster with a Cher fetish," told in the style of a James Whale film; and "The End," the season finale, which provided more questions than answers and served to set up the theatrical film. Fox Home Video's The X-Files: The Complete Fifth Season offers all 20 episodes and extras across six discs, presented in full-frame (1.33:1) with audio in Dolby 2.0 Surround. Supplements include a commentary by series creator Chris Carter on "The Post-Modern Prometheus," commentary from director John Shibian on "The Pine Bluff Variant," the documentary "The Truth About Season Five" (30 min.), the TV special "Inside The X-Files" (46 min.), a look at the special effects with commentary by Paul Rabwin, deleted scenes with optional commentary by Chris Carter, international clips and 30 promotional spots. TALLADEGA NIGHTS THE BALLAD OF RICKY BOBBY Will Fe