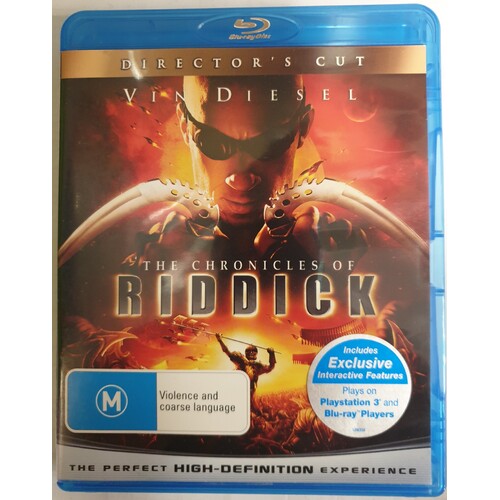 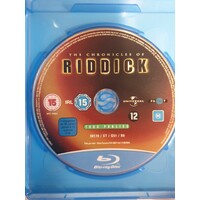 Blu-ray is second hand and is in very good condition
Product Information
Sequel to 'Pitch Black (2000)'. Riddick has spent the last five years on the move among the forgotten worlds on the outskirts of the galaxy, eluding mercenaries bent on collecting the price on his head. Now, the fugitive finds himself on planet Helion, home to a progressive multicultural society that has been invaded by the Lord Marshal, a despot who targets humans for subjugation with his army of warriors known as Necromongers. Exiled to a subterranean prison where extremes of temperature range from arctic nights to volcanic days, Riddick encounters Kyra, the lone survivor from an earlier chapter in his life. His efforts to free himself and Kyra lead him to the Necromonger command ship, where he is pitted against the Lord Marshal in an apocalyptic battle with possibly the fate of all beings - both living and dead - hanging in the balance.
Product Key Features
Format Blu-ray Disc
Rating M
Language English
Additional Product Features
Main Audio Type Dolby Digital 5.1
Video Format PAL
Product Release Date 04/03/2009
Primary Genre Action & Adventure
Theatrical Release Year 2004
Tag Line All the Power in the Universe Can't Change Destiny
Run Time 134min.
Actors         Vin DIESEL, Karl Urban, Thandie Newton, Judi Dench, Colm Feore
Rating Info Violence and Themes, Coarse Language
Directors David Twohy
Number of Discs 1