Prepare to be taken to a galaxy far, far away with Funko’s new range of 2019 Galactic Convention Exclusive Pops!

Much like Princess Leia’s Gold Outfit from Jabba’s Palace, we now have an exciting new wave of of Gold Chrome Star Wars Pop! Vinyls, including the Sith Lord Darth Vader, bounty hunter Boba Fett, a Stormtrooper, everyone’s favourite wookie Chewbacca, the Jedi Master Yoda and to round out the wave, we of course have the rebel princess herself, Princess Leia.

Now you can own the entire wave with this epic bundle:

Prove you are one with the force by adding this must-have set to your Star Wars collection today. Be quick, they won’t be around for long!

Items pictured are Items you will receive. The Lord Of The Rings RINGWRAITH COLLECTIBLE BUST 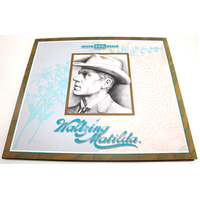