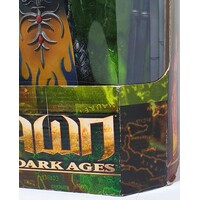 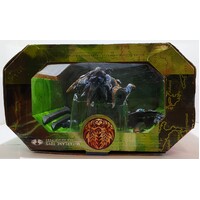 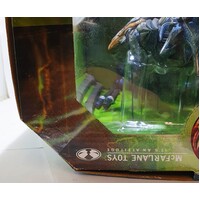 Spawn has had an AMAZING year, becoming one of the breakout franchises, With a MASSIVE kick-starter, and some simply awesome figure releases. The Stand out figure, in a stand out year, was the Gold Label Mandarin Spawn. Here we have the Original,The 2000 "Scarlet Edge" 12 inch Mandarin Spawn! While not the FIRST version of Mandarin spawn released, as the 6 inch version released a year before this one, This was the BREAK OUT figure that shot Mc Farlane toys to the TOP of every collector's want lists. It won a number of Awards, and Spawned (pardon the pun) a number of repaints and re-releases. Note, While the figure is called "Scarlet Edge", it's Teal, not red (the previously released 6 inch was in fact red, to further confuse things.)

Figure is in sealed box (pictures show original tape on both ends of box) never taken out or displayed. Box itself shows some wear due to age/time. Additional piece of tape was applied to box at some point. In great condition overall. Every attempt is made to make sure this item is listed accurately. This item is listed as "Used" as it has never been opened or displayed, but it's also nearly 20 years old. eBay does not have offer an option between "new" and "used" for items like this. 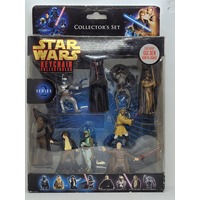 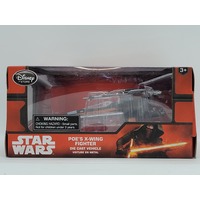