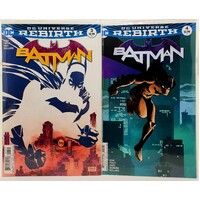 "In the wake of DC UNIVERSE: REBIRTH, Batman faces his most challenging foe ever—the idealistic hero known as Gotham, who wants to save the city from Batman himself! Then, in order to retrieve Psycho-Pirate and save Gotham Girl, Batman must recruit a team from Amanda Waller to break into the most impenetrable prison in the world and steal from one of the Dark Knight’s greatest foes…Bane. The next great Batman story begins here!"

We have a real treat for Batman fans, Dc comics fans, or fans of GOOD comics in general. The First 20 issues of the VERY well received DC universe: Rebirth run of Batman, PLUS Batman:Rebirth one shot!

21 issues of intense Batman action, all poly-bagged in amazing condition. This is an instant collection, a great start to a Batman comic set, and a great investment! 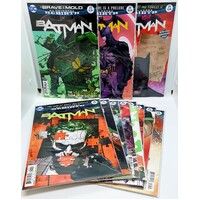 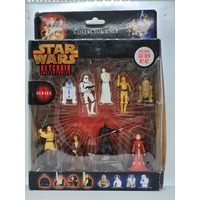 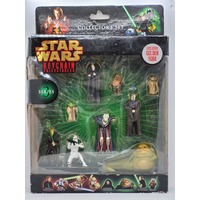